Capacity:
0 LPA
Notes:
The town was probably founded by Irishmen in the 1100s
Triple distillation until 1924
A direct hit on a warehouse by a German bomber on 16st August 1941 caused so much whisky to spill into the local river that local cows, sheep, ducks and geese were "so drunk, they could neither stand nor fly"
An explosion in the stillroom on 3rd October 1959 completely destroyed the spirit still and a large part of the distillery 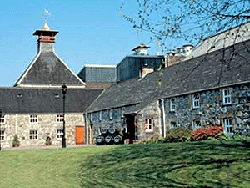