Meaning:
EN: Place of the Felled Trees
DE: Platz der gefallenen BÄume
Region:
Highlands
Location:
Cawdor, Nairnshire
Founded:
1812 by Cpt. William Fraser
Owner:
Bacardi
Status:
Active
Capacity:
4.100.000 LPA
Notes:
One of three distilleries that are entitled to call themselves "Royal"
The Royal Warrant was given to the distillery in 1835 by King William IV
Renewed by Queen Victoria in 1838
Known for a time as the "King's Own Whisky"
Used by the RAF during WW II as a training ground
Biggest distillery in the Dewar's group
Very close to Cawdor castle, where much of Shakespeare's Macbeth is set
One of the malts used by Andrew Usher in creating the very first blended whiskies in 1860s 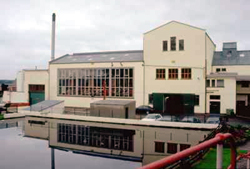