Capacity:
0 LPA
Notes:
In 1925, the distillery had one of the first female distillers in Scotland, Jane McGregor
The building was situated in the Lowlands, but the water source was in the Highlands
The distillery was one of the few to have two drying towers over a single, large kiln
The site has been sold and is being developed into flats 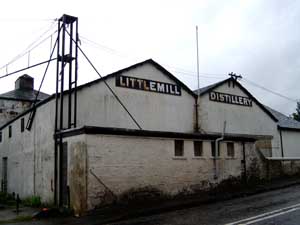